The Government of the UK has revealed a plan to lift an existing cap on bankers’ bonuses to deregulate London’s financial sector and facilitate growth.

The move, which was announced by the UK’s new finance minister Kwasi Kwarteng, comes shortly after a Financial Times report that said that the country could lift the bonuses introduced after the 2008 financial crisis.

The existing cap was adopted by all the EU members to limit the bonuses at two times an employee’s yearly salary. However, it is still in force in the UK despite it leaving the EU around two years back.

In a speech before the parliament, Kwarteng said: “We need global banks to create jobs here, invest here, and pay taxes here in London, not Paris, not Frankfurt, not New York. 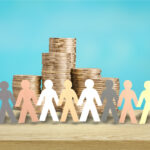 “All the bonus cap did was to push up the basic salaries of bankers, or drive activity outside Europe. It never capped total remuneration, so let’s not sit here and pretend otherwise.

During the speech, Kwarteng also announced a host of tax cuts and policy changes to boost the country’s financial sector, which is termed as ‘mini-budget’ by the media.

Kwarteng further revealed the country’s proposal to unveil a package of regulatory reforms for the financial industry later this year.