Arad Levertov, CEO and co-founder of BNPL unicorn Sunbit, tells Douglas Blakey that there is a growing and urgent demand for its unique buy now, pay later solution built for everyday needs

Sunbit is the antithesis of the stereotyped BNPL supplier targeting carefree millennial spending on non-discretionary, lifestyle purchases. So Sunbit is not targeting purchasers of the latest Peleton offering or designer clothes.

Sunbit may just be the BNPL provider making a name for itself in the US that has yet to attract international attention. But if it continues to grow at current rates, its success to date will indeed attract global attention.

BNPL is for more than just exercise equipment and clothes according to Sunbit CEO and co-founder Arad Levertov.

He tells RBI: “Sunbit focuses on BNPL for everyday needs and services. Sunbit was built for people from all walks of life, and has the 90%+ approval rate to prove it.”

Specifically, the Sunbit platform performs a soft credit check. That allows it to approve around 90% of applicants.

Sunbit can then offer funding that ranges from $60 to $8,000. The firm is crafting a niche among a number of market segments. In particular, car repair shops, dentists and opticians.

It is currently adding more than 400 merchant locations and tens of thousands of new customers per month. Sunbit now serves more than 7,500 merchants. This includes more than one in four 1 in 4 auto dealership service centres across the US. Partner national retailers include Eyemart Express and Cycle Gear.

Sunbit was set up in 2016. Levertov, an immigrant to the US at the age of 30, initially had a bad experience when he first applied for a credit card in the US. Despite having a secure job and good pay, he was declined when he applied for a Costco credit card. So long before he set up Sunbit, he believed that there was a huge unmet credit need in the US.

The firm is not just gaining the support of customers and merchants. Crucially, it is being backed by investors. In May, it announced a $130m series D round of funding for a valuation of $1.1bn. The round was led by returning investor and leading venture capital firm, Group 11.

With the new investment, Sunbit will expand its merchant footprint to reach more retailers and service providers, online and offline. Its mission remains to help people make the most out of their hard-earned money. It will also develop more products that serve its customers and merchants.

Levertov adds: “Sunbit helps merchants to facilitate transactions and optimise their budgets and their bottom lines.”

He argues that the sectors in which Sunbit specialises are stuck in 1980’s era financing.

“People need to get their car fixed. It is not a nice-to-have. It is not discretionary spend. But the bill might be $500 when the customer is expecting it to be only $100.”

He says that part of the Sunbit USP is the ability to approve nine out of ten applicants in under 30 seconds. He adds that Sunbit does this by using the most sophisticated AI and machine learning tools.

“But it is not enough just to have amazing technology. We build the infrastructure for merchants and work with them end-to-end across the whole process.”

The only financing competition he sees in the sectors targeted by Sunbit are the traditional credit card issuers. He argues that in-store financial options remain badly limited to old-fashioned private label cards screwing customers with high interest rates.

Moreover, consumers increasingly want instant gratification-not a lengthy process to apply for a credit card. They want flexible credit at a fair and reasonable rate with transparent terms. And he argues that millennials in particular are wary of credit cards and want to avoid long-term debt. For all of these reasons, he is upbeat about the prospects for BNPL in general and Sunbit in particular.

Looking ahead, the focus is further growth in the US. In the future, he does not rule out international expansion. Neighbouring Canada and Mexico are likely to be on the radar.

Any payment option requires not just scale but loyal users. He says that Sunbit sees more than 30% of customers use Sunbit again within the year.

“It is a win for merchants and a win for customers. Banks need to partner with BNPL players or do it themselves. Many are trying to get into it but they focus on purchases for the things that are nice to have. We focus on the real world and purchases the people must have. We have huge opportunity in the verticals we focus on in the US and beyond the US.”

Maybe even long-term sceptics such as the writer will be convinced by his arguments if and when BNPL players are able to report break-even, let alone the dizzying still far away prospects of profitability. 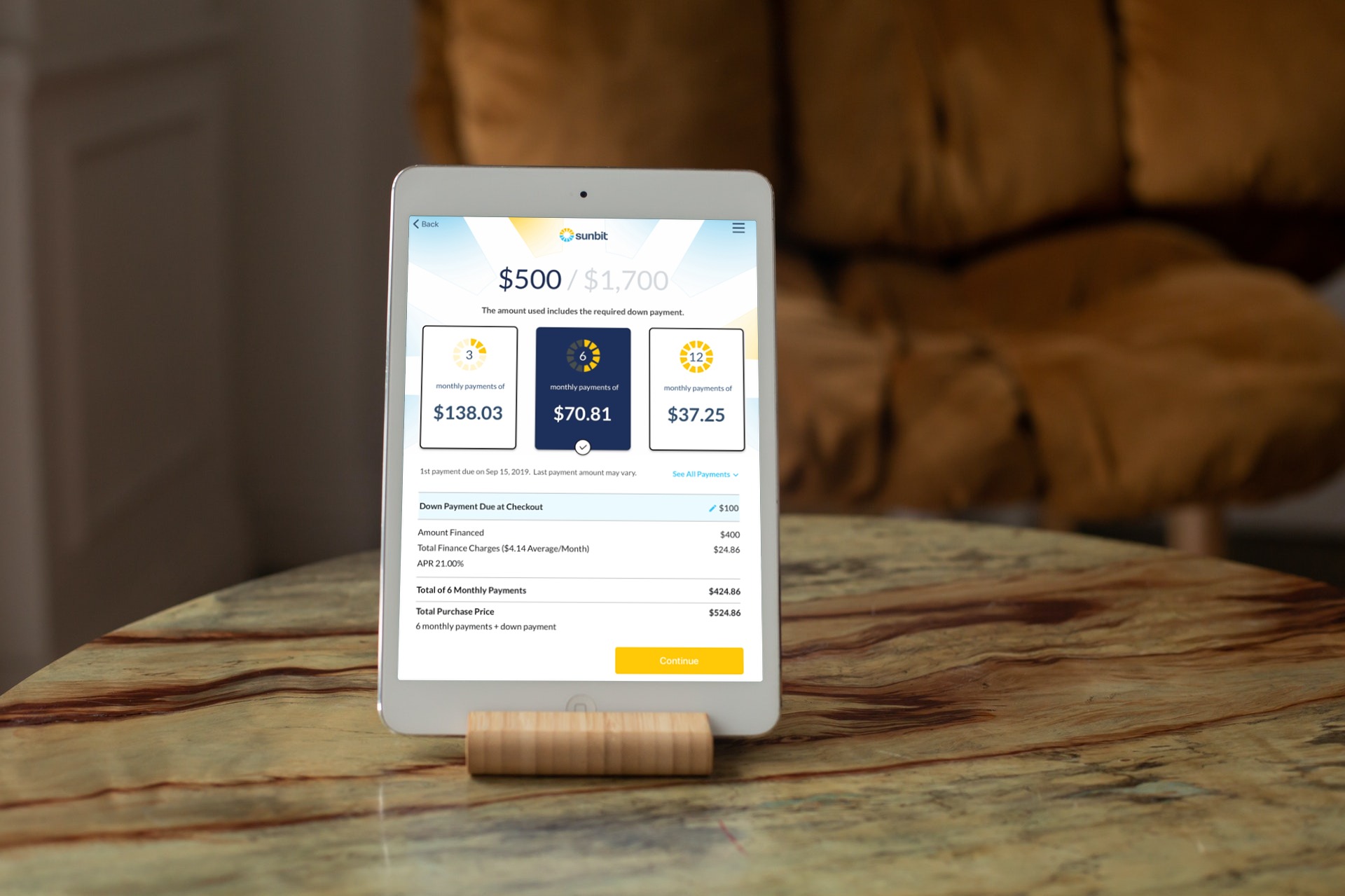 Provident Financial to rebrand as Vanquis in March, CEO to exit