But he stressed that there is reason for optimism. Speaking at a virtual conference of close to 75 students, peer mentors, and trainers from Canada’s L2L programme, McLaughlin notes that in addition to struggling with a 30% unemployment rate, young Canadians are also coping with high rates of anxiety and depression.

“Yes, the pandemic has taken its toll on all of us,” McLaughlin says. “But young people are being hit especially hard.”

Quoting from a study by the Canadian Mental Health Association published last July, McLaughlin reveals that more than 19% of respondents aged 18 and up said they were experiencing moderate to severe anxiety, 27% reported binge drinking, 23% felt lonely and 18% felt depressed.

“These are concerning figures. Young people don’t have sufficient access to the mental well-being supports and services they need.” 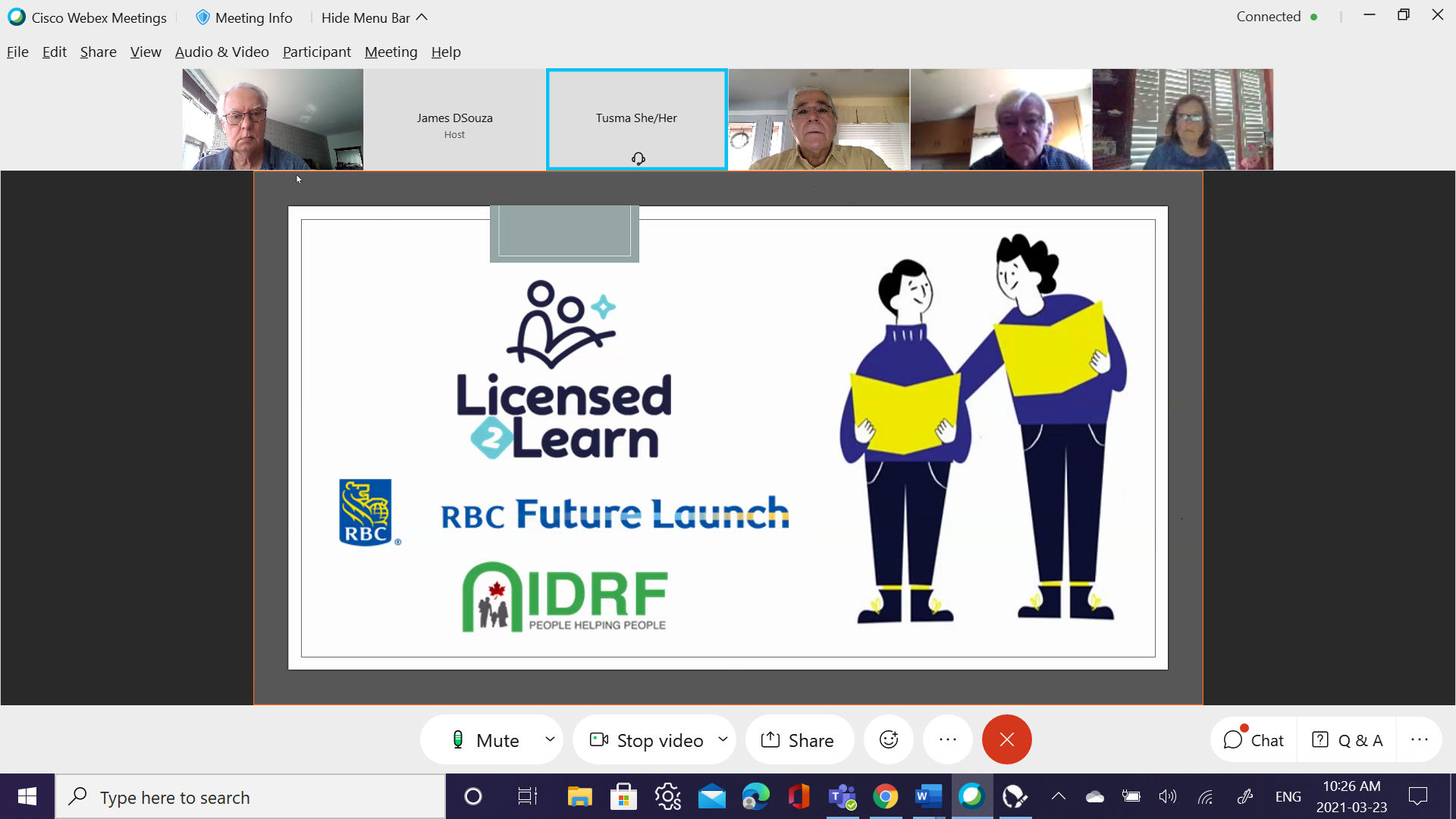 The L2L programme is operated by the International Development and Relief Foundation (IDRF) and funded by RBC through its Future Launch initiative.  Despite the challenges, McLaughlin says there is plenty of reason for optimism. “The challenge for young Canadians isn’t about a lack of talent, ability, or motivation. It’s about a lack of opportunity. And finding ways to connect youth to those opportunities is precisely what we’re trying to achieve through RBC Future Launch. And why we partner with organisations like IDRF.” In a 2018 report called “Humans Wanted,” RBC identified four main barriers standing in the way of success for young Canadians. They were: lack of relevant experience; lack of relevant skills; lack of professional networks and mentoring; and lack of mental well-being supports and services.

Since then, RBC has partnered with private and public sector organisations like IDRF to provide access to long-term solutions, programming and resources that align with these four challenges. According to McLaughlin, the results so far have been positive, with some 2.6 million youth across Canada having been positively impacted by an RBC Future Launch-supported programme. And recently, RBC Future Launch invested C$50m through to 2025 to create pathways to prosperity for up to 25,000 BIPOC (Black, Indigenous, and People of Colour) youth, with emphasis on skills development and mentoring.

“Young people have the confidence, capabilities and motivation, combined with an excess of talent and potential. They just need support to fully harness that talent and put it to work.”  McLaughlin acknowledges the challenges that L2L students, mentors and trainers have been facing, especially since the outbreak of the pandemic, and their unwavering commitment to making a positive difference. 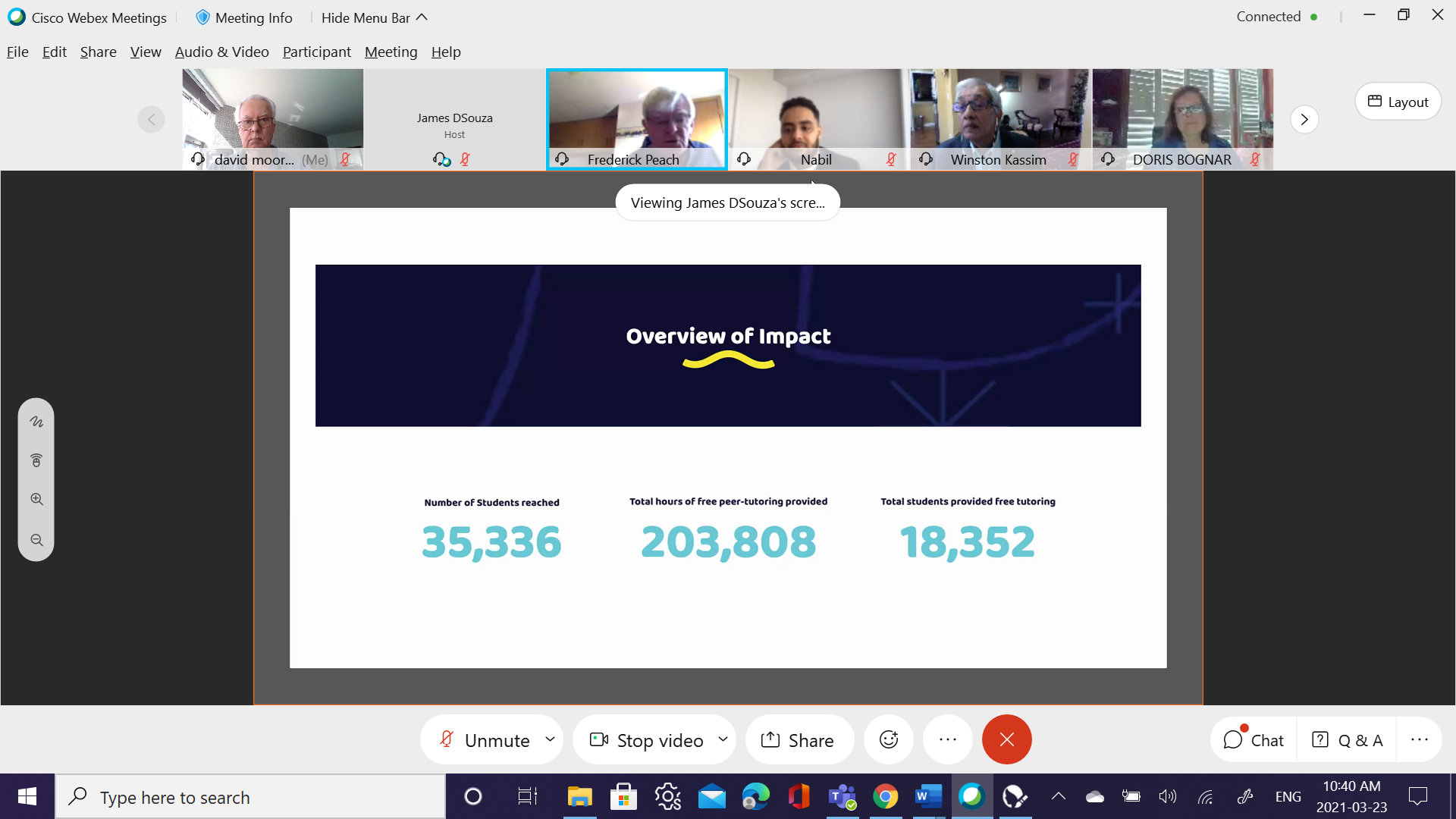 “I want to thank you again for the amazing work you’ve done and continue to do to instil possibility and opportunity across Canadian youth. We’re proud to be your partner and to continue RBC’s investment in our collective future – so game on. We know, when young people succeed, we all succeed.”

The event also featured participants in the L2L programme, including Kaya Walia, who has been a Program Officer for the last two years and is pursuing a career in medicine. Kaya and several other L2L students and peer mentors spoke about the positive impact that L2L has had on them in advancing their studies and teaching them how to build a career.

Mark Beckles, Vice-President of Social Impact & Innovation in RBC’s Corporate Citizenship department, along with Winston Kassim, IDRF Chair of Global Monitoring, and Nabil Ali, IDRF’s Director of Programmes, also participated in the programme. “Despite the business challenges presented by the pandemic, leaders like Neil McLaughlin are still making it a top priority to help kids at risk, especially in communities that need it most,” says Kassim.

“I want to thank Neil and Mark for taking the time to let our L2L students know that RBC supports them, and that they have reason to be optimistic about their future.”

IDRF’s school-based programme Licensed to Learn (L2L) is an academic support programme that trains high achieving students to become certificated tutors across Canada. Once trained, those students provide free tutoring to their peers struggling academically. By dedicating a minimum of 10 hours of peer-tutoring with an at-risk student the tutors not only provide academic support, but they also develop essential leadership skills and gain valuable experience to support their transition to the workforce and post-secondary education. The peers they support receive mentorship to facilitate their development and future academic and professional success.

RBC Future Launch is a 10-year, $500m initiative to help young people gain access and opportunity to the skills, job experience and career networks needed for the future world of work. In partnership with RBC’s Future Launch, the L2L programme is now operational at over 100 schools across six school boards. By the end of this year, L2L will have impacted some 40,000 students since its launch in 2002 through academic and social support. 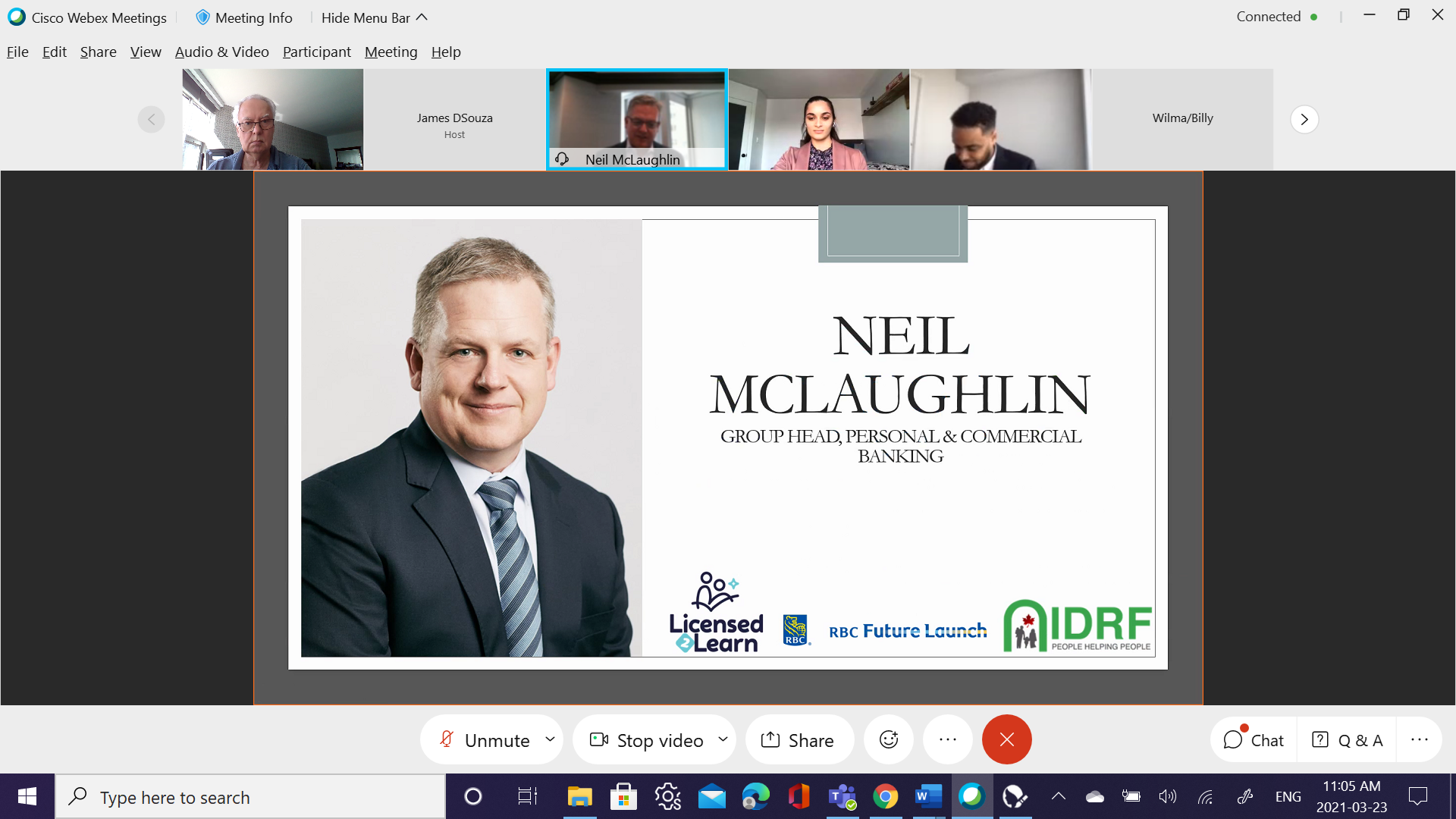 IDRF is a Canadian registered charitable organisation dedicated to empowering disadvantaged people in Canada and around the world. Founded in 1984, IDRF has an enviable reputation as one of Canada’s best-run charities and has been recognised by third-party organisations such as the Financial Post and MoneySense for its effectiveness, efficiency, and results.