Richard Lloyd’s review of the FOS does not go far enough. There are crucial omissions that need to be addressed before trust in FOS can be rebuilt, argues Greg Stevens

This afternoon, the fearsome Treasury Select Committee will meet to discuss criticisms of the Financial Ombudsman Service (FOS). The criticisms were first revealed in a Channel 4 Dispatches programme in March.

The programme makers used secret filming to reveal serious shortcomings in the way FOS trains its staff and adjudicates on consumer complaints about financial services companies.

FOS strenuously denied that the findings were representative of its usual practices. But under pressure from the Treasury Committee chair, Nicky Morgan MP, it agreed to an independent FOS review.

Former Which? Chief executive, Richard Lloyd, was duly appointed as reviewer. Nicky Morgan insisted both Lloyd and FOS should appear before her committee within three months.

Reading Richard Lloyd’s report and re-watching the programme, it is hard not to conclude that the reviewer has been lenient. The soft language of the report contrasts sharply with harsh criticisms in the programme transcript.

At one point a senior Manager says “We rushed through complicated financial issues and processes. I often didn’t know what I was doing.” Another says “I’m not proud to admit it but I’ve done it myself – just taken a chance and just slung stuff through, with any old decision.”

The transcript reveals a similarly dire picture with regard to staff training. One mentor says “Some people have been thrown in with no training at all.” A trainer responds “There were people there who had no idea, no idea about any products, anything, anything about complaints at all.”

But while the reviewer might have gone in lightly, his report does recommend reform to pretty much every area of the FOS — from its casework handling, to staff training, quality assurance, management capability, culture and morale, governance, etc. It is hard to think of an area that is not singled out for reform.

There is no question that the FOS is an essential part of the regulatory architecture for financial services. It is vital that consumers should have recourse to a free, fair and speedy redress process. It is also undeniable that the FOS has experienced unprecedented organisational pressures as a result of PPI.

But, equally, it is essential that the FOS and its decisions should command the trust of both consumers and the financial services companies being complained about. Unless its decisions can be deemed to be fair, trust evaporates.

In view of this, Richard Lloyd’s FOS review does not go far enough. There are crucial omissions that need to be addressed before trust in FOS can be rebuilt.

The credit industry’s chief bugbear is the behaviour of sham Claims Management Companies (CMCs) that are using industrialised processes to send thousands of bogus compensation claims into FOS.

They use pro forma, template complaints letters without conducting any due diligence or fact-checking in advance. In many instances, consumers will not even know a claim is being made on their behalf.

The proportion of claims brought against credit companies by CMCs rose from 9% in 2016/17 to 22% in 2017/18. Anecdotally, those numbers will spike even more alarmingly this year.

My members certainly would not claim to get every lending decisions right every time, but they are being subjected to grossly unfair claims practices that are pushing them to the brink. Every single complaint taken on by FOS costs an SME credit business £550 regardless of whether the claim is legitimate or not.

The need for trust in FOS is doubly important because it is being given new powers. It will soon have responsibility for handling complaints from larger SMEs in the aftermath of banking scandals such as RBS / GRG and interest rate swaps.

Moreover, the FOS is having to expand and contract all the time to meet ever-changing demands for redress from consumers. Similarly, the claims management and financial services industries are themselves changing at a remarkable rate. Yet, despite this, the FOS has not been audited by the National Audit Office since 2011.

The scale and gravity of the issues identified by Dispatches point to the need for a root-and-branch audit, rather than a rushed three-month mini-review into a sub-set of concerns. Without one, unfair claims practices will persist and SME lenders will be pushed to the wall.

The result? Less access and choice for millions of consumers.

Greg Stevens is CEO of the CCTA 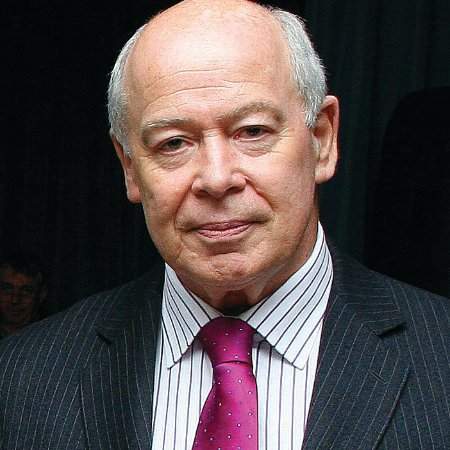 Never Trust, Always Verify - Is Zero Trust the Next Big Thing in Cybersecurity?

View All
View All
News