Follow the latest updates of the outbreak on our timeline.

Several major banks operating in Hong Kong, including HSBC, will shutter 20-30% of their branch network or reduce service hours temporarily in response to the deadly coronavirus outbreak, warned the Hong Kong Monetary Authority.

HSBC will shut down 20 premier service centres as well as four business centres in Hong Kong. Overall, the bank has 100 outlets in the city.

Hang Seng Bank, a subsidiary of HSBC, has adopted a similar approach and will close 18 branches. 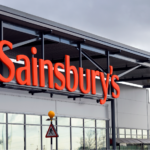 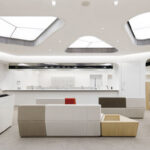 It will also shutter three business centres and 10 outlets at MTR train stations as well as reduce service hours by one to two hours.

Bank of China has nearly 200 branches in the city. It is planning to close 49 of them.

Bank of East Asia will close 20 of its 167 branches in Hong Kong amidst the coronavirus scare.

The bank, which manages 33 branches in the city, will close at 3 pm on weekdays instead of the usual 5 pm time and also close some branches on Saturdays.

The banking watchdog has asked banks to keep customers informed in advance of any suspension in services. At the same time, the regulator asked customers to embrace digital channels for banking.

The Chinese city of Wuhan is the epicentre of the novel coronavirus, which has claimed the lives of 213 people as of data collated till 30 January. The number of people infected with the virus has reached 9,776.

Over 22 countries outside China have confirmed coronavirus cases to date, including the US, Philippines, India, and Italy.

In Hong Kong, more than 10 confirmed cases have been reported. The city has shuttered museums, concert halls, theatres, and schools in response to the crisis.