Latin Americans are not just unbanked, they have become poorer amid Covid-19. And a string of start-ups are rushing to court them, making the S in Environmental, Social and Governance (ESG) investing more relevant than ever

He notes challenger bank Fondeadora and rival Flink are rushing to court impoverished and bank-wary Mexicans by launching innovative accounts catering to certain niches, all without the head-banging bureaucracy and long lines traditional banks are shunned for. 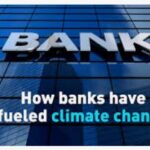 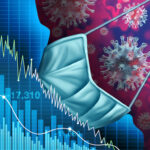 “Fondeadora is doing a lot of financial inclusion and has a very artistic aura, targeting digital community managers and artists,” says the former Spanish corporate banker, adding that Fondeadora customers are known to dye their hair in different colours, notably blue. “They just got money from Google and Ashton Kutcher [through his Sound Venture fund]. They are growing fast.”

Google, in fact, bankrolled the firm, started by digital designers Rene Serrano and Normal Muller, through its Gradient Ventures fund, committing $14m to the neobank project.

Flink is also working to seduce Mexicans through more affordable accounts that also allow them to invest in stocks through its app, something that more established players, such as investment bank GBM, are also rushing to emulate. GBM, for instance, is giving low-income customers the chance to buy shares through Biva, a fast-growing tech-heavy exchange billed as the nation’s most sustainable.

Biva listed Mexico’s first-ever, $124m “gender social bond” in March and has rolled out the FTSE4Good BIVA index to form part of the FTSE4Good sustainability gauges.

Employing the catchphrase ‘we play by your side; the older banks are abusive…,” Fondeadora offers a debit card that competes with a plethora of neobank alternatives such as those offered by Brazil’s Nubank and Argentina’s Uala. The difference, however, is that Fondeadora has a Mexican banking license enabling it to offer deposit accounts that let people automate bill payment, giving them an edge against these foreign competitors, analysts say.

Financial inclusion apart, bank-issued green bonds continue to grow in Latin America (in common with those printed by multiple industries, which hit $7.6bn last year) with at least 10 issuances hitting the market between 2018 and 2021, according to Eduardo Atehortua, Latin America head at ESG consultancy Principles for Responsible Investing (PRI).

“The biggest players continue to launch green bonds to refinance their renewables’ portfolios in Brazil, Mexico, Chile and Colombia,” he notes.

Net-zero emissions strategies are also all the rage with Mexico’s Banorte recently committing to such a goal to take on Brazilian or Colombian rivals such as Itau or Bancolombia respectively.

“Itau has the most developed environmental agenda but so does Bancolombia, which is advancing in measuring its carbon footprint and already has a roadmap to achieve emissions reductions in line with the Partnership for Carbon Accounting Financial (PCAF)’s methodology,” says Atehortua.

The bulk of the targeted reductions will come from loans to companies engaged in sustainable businesses, such as those involved in renewable energy, the circular [recycling] economy and “regenerative agriculture,” among others, he adds.

“Bancolombia will guide the loans through these conditions, asking companies in higher polluting industries to cut their emissions to certain levels to authorize a discounted loan or a loan period,” he explains.

Meanwhile, Itau plans to invest BRL400bn or $76.4bn to help promote a sustainable, greener and more inclusive economy. Under its three-prong strategy, Brazil’s largest bank will grant credits in “positive impact sectors” such as energy, health, education and infrastructure works and services. It will also structure green, sustainability-linked bonds and ESG loans and finance electric and hybrid cars as well as solar panels and microcredit, according to its web site.

Itau says the effort stems from its “long-term commitment to ethical business conduct, transparency and focus on sustainable performance.”

Regionally, Brazil continues to dominate the industry, at least in investment flow terms, as it’s Latin America’s biggest economy and its biggest ESG innovator. That said, it is losing market share to Mexico, Colombia, Chile, Argentina, Peru, Panama and Costa Rica, which are drawing fresh interest from global investors keen to support environmental and social causes.

“Brazil has been working on ESG for 15 years unlike the rest of Latin America which started more recently,” Atehortua says. “But their lead has declined because the current administration doesn’t support the environment.”

Amid this backdrop, US investment firm Blackrock recently teamed with Citi-owned Citibanamex to launch an ESG fund targeting Mexican clients while other asset managers such as Amundi, DWS, Nordea, Aberdeen, Allianz and Jupiter recently did the same in Chile, Colombia and Peru.

Most of the vehicles offer Latin American investors the chance to use ESG criteria to cull investments in developed markets. The Blackrock-Citi fund, which targets bonds, banks and biotech, also enables foreign investors to commit funds to these categories specifically in Latin American markets, according to Atehortua.

Katherine Ortiz, head of equity research at Colombian lender Davivienda, says investors have been upping their game in the South American country though Covid-19 and recent political volatility have stalled progress.

Echoing Carriedo, she says the health crisis has highlighted the country’s [and region] stark economic and social imbalances including women inequality, prompting institutions to act.

“The percentage of women employees in banks and has management boards has been increasing,” notes Ortiz, in tandem with overall sensitivity for social issues in the nation of 49 million people where 27% live in poverty.

Social governance is also strengthening with rising levels of corporate banking transparency in line with international standards such as those measured by the Global ESG Benchmark for Real Assets (GRESB), adds Ortiz.

Having launched several green debentures in recent years, Davivienda and Bancolombia have also gained inclusion to the S&P ESG Index family that helps investors pick firms according to their ESG profile, according to Ortiz.

Davivienda has also gotten picky about underwriting companies with poor ESG profiles, charging higher loan fees to high emitters. “If you are a gold miner, you are not going to get the same interest rate as a utility with low emissions levels,” she says.

The Bogota-based bank is also participating in the region’s financial inclusion drive with its Daviplata app that helps low-income people access basic banking now boasting 10 million users, a hair under Nubank’s. The venture has been so successful that Davivienda is considering spinning off Daviplata into a new company, Ortiz adds.

This is partly because San Salvador is virtually forcing citizens to use its Chivo wallet which is centralised (quashing the whole ethos behind decentralised, peer-to-peer payments), threatening to institutionalise digital payments use in the Central American country.

This article is part of a special series GlobalData Media is publishing in the run-up to COP26, which takes place in Glasgow from 1-12 November 2021. Our focus is on the opportunities and challenges for business of the transition to clean energy and net-zero greenhouse gas emissions. Other articles in this series include:

The Payments market has seen drastic changes in the past few years, with this only expected to continue. What does your company need to do to prepare for what’s to come? GlobalData’s Payment Trends for 2022 report explores the key trends in technology, consumer habits, and regulations shaping the market. We also identify the leading companies in this changing market, giving you a competitive market outlook. This report covers the impact of: Download the report now to learn essential strategies to maximize your growth in the face of rapid change.
by GlobalData
Thank you.Please check your email to download the Report.
SUBSCRIBED