Asia’s retail banks are catching onto the wave of interest in environmental, social and governance (ESG) issues. And although they are behind their European peers, the region’s financial institutions are beginning to embrace ESG products for retail customers. Jane Cooper reports.

Analyze opportunies within the wealth management market in APAC

GlobalData’s ‘Asia-Pacific Wealth Management: Market Sizing and Opportunities to 2026’ report provides a comprehensive overview of the Asia-Pacific (APAC) wealth management market. The report also provides data and insights on the size of offshore holding of HNW investors in the APAC region.
by GlobalData
Thank you.Please check your email to download the Report.

Europe is often heralded as the leader in environmental, social and governance (ESG) action – in part because of the raft of legislation that has driven change – and Asian banks look to their European peers as examples of best practice. While Europe’s banks are already riding the ESG wave, Asia is getting close to catching it.

The region is diverse, however, and there are pockets of banks in Asia already taking ESG action. In fact, Asian banks are catching up with their European peers in terms of ESG, says Miklos Dietz, a Senior Partner who leads Global Banking Strategy and Innovation at McKinsey. Singapore and Japan are slightly ahead of the other Asian markets, he adds. There won’t be any laggards for long however: “There is not only an investment revolution on ESG but also that will spread to other products as well – current accounts, credit cards etc – in the next wave,” says Dietz. 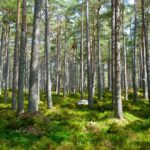 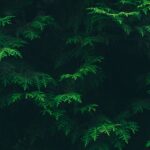 There is still some catching up to do. A report from S&P Global Ratings, which analysed Asia-Pacific banks’ ESG strategies notes that the region’s banks are still at the evolving stage in terms of ESG, although social and environmental considerations are increasingly at the heart of banks’ strategy.

This strategy, for example with climate change, doesn’t filter down to the retail banks though. Andy Chang, a senior director at S&P Global Ratings, who is based in Taipei, explains: “The big banks in Asia, in general, view climate strategy as part of the enterprise level strategy. Many banks have established specialised units on ESG. While these units coordinate various functions and product lines, including retail banking, we don’t observe banks carving out climate strategy specifically for retail banking but from a holistic view covering the whole banking operation.”

Observers comment that there has been some ESG activity among Asian banks, although nowhere near the level of Europe. And Anton Ruddenklau, Partner, Head of Financial Services, KPMG in Singapore, comments that ESG activity in Asia has not yet reached a tipping point. He points to a major difference between Asia and Europe: European banks, for example, have to stress test their capital position for climate risk scenarios. “We don’t have that regulation here,” says Ruddenklau, who is based in Singapore. Without a comparable overarching ESG legislation, what then, are the drivers for change for Asia?

“The biggest driver is the investor community,” says Ruddenklau. These investors, he explains, are driving expectations and in turn are having an impact on banks. There are moves in the region currently, he notes, to put mandatory ESG disclosure requirements in place, for example.

Ken Yap, managing director, Asia, at Cerulli Associates comments that over the last couple of years he has seen a greater adoption of ESG investing in the region, especially against the backdrop of the pandemic, which has brought sustainability issues to the fore.

“While ESG investing used to be spearheaded by European banks, the concept has been gradually embraced by regional and local banks in the region,” says Yap. He adds that some banks in the region are also supporters of the Task Force on Climate-related Financial Disclosure (TCFD).

Yap comments that apart from ESG practices at an organisational level – such as reducing carbon emissions or social well-being initiatives – some retail banks in the region are also looking to provide access to sustainable investing strategies.

Standard Chartered, for example, has been involved in the sustainable investing solutions and the bank tells Retail Banker International that it offers a suite of ESG funds for its clients across 15 markets.

Aside from Standard Chartered, and HSBC, Yap says Cerulli understands that local banks such as Hong Kong’s Hang Seng, as well as Chinese banks – including Bank of China – are interested in ESG. For example, Bank of China (Hong Kong) offers green bonds, green loans and green investments, and has 10 ESG funds that are approved by Hong Kong’s Securities and Futures Commission, Yap explains. Similarly, Hang Seng Bank has a suite of ESG funds onboarded on its platform, he adds. In Singapore, UOB has integrated ESG considerations into its full suite of investment solutions, including unit trusts, bonds, and structured products, says Yap.

There has been a substantial growth in impact investing, points out McKinsey’s Dietz. And this is happening at scale, with the potential to make a big difference. This, he says, has been something of a quiet revolution of tens of millions of retail investors making investment choices based on ESG, and in turn having an impact on companies they invest in. This change is already happening, points out Dietz, but it is not getting the attention it deserves. “It has been a silent but meaningful behavioural change of retail investors,” he says.

Standard Chartered has also been working on meaningful change. Rosalind Ng, Global Head of Client Experience and Strategic Business Enablement, Consumer, Private and Business Banking, Standard Chartered Bank, puts the bank’s strategy in the context of much wider considerations. “We see climate change as one of the greatest challenges facing the world today, with the devastating impact it has on the environment and people’s lives and livelihood, particularly in the communities and markets where Standard Chartered operates,” she says. Also, she adds, “Banks and financial institutions have an important role to play through leveraging the financial system to tackle climate change and minimise the impact of global warming.” And the bank’s vision, she explains, is to be the most sustainable and responsible bank, which puts purpose and profit on an equal footing.

The bank already has a number of green initiatives for customers in Asia. For example, it offers sustainable time deposits, which are offered in Singapore and Indonesia. Also, it offers a green mortgage in Taiwan – with plans to offer it in other markets – where borrowers are given preferential rates for buying energy-efficient homes.

And in June 2021, Standard Chartered announced that it partnered with Sweden-based impact tech company to give clients a tool to measure and manage their impact on carbon emissions and freshwater consumption. This is based on the data from their credit and debit card transactions. This kind of product is in line with a trend also found in Europe where banks are enabling their customers to be more engaged with ESG issues, such as giving them tools to be more climate conscious, for example.

In Asia, there are other ESG-related products that have begun to emerge. Ruddenklau, for example, gives the example of wealth managers in Singapore giving their customers access to robo advisors that make ESG-related investments.

Moving down the customer spectrum from wealth and into the mass market, there are a number of broader trends that are likely to have an ESG element in the future. Ruddenklau points to recent research by KPMG that found that people are increasingly wanting to support people who are less fortunate than themselves, which ties into an increasing interest in the ‘S’ – social and being socially responsible – in ESG and wider banks’ purpose. Also, the majority of Asian investors would like to see positive change and be socially responsible at the same time.

These themes link to potential products for retail banking, notes Ruddenklau, such as credit cards and digital wallets where loyalty points can be shared. He comments that in Asia it is more common for individuals to share their loyalty gains with family, or friends, rather than redeem them for themselves. Such an approach could be extended to donating to causes that have a positive social impact, for example.

And another trend of embedded finance – or banking as a service – where non-bank providers can offer financial services means that it is not necessarily only retail banks that can offer green financial products. Big name brands can get in on the act, potentially bypassing retail banks altogether. Ruddenklau gives the example of buy now pay later, which is popular in Asia, and also increasing in ticket size, which could be used by companies to enable customers to give at the point of sale. For example, a retailer could offer a BNPL solution, which instead of being solely about extending credit to purchase items, could also incorporate a donation to a worthy cause. Rather than banks leading this kind of initiative, we can expect to see corporates doing it instead, says Ruddenklau.

Another wider trend is the use of data to create products for customers, and this can be given an ESG angle. One such example is the fintech firm Meniga, which provides white-label solutions, and has created a Carbon Insight product whereby individuals can track and take action against their carbon emissions based on their spending data. The fintech firm opened an office in Singapore in 2019 and has since been wooing banks in Southeast Asia with its offerings. Its data categorisation, for example, is used by Singapore’s UOB so that customers can keep track of their spending or saving in real time. Individuals can keep track of certain goals, for example by setting a limit on how much they spend in restaurants every month. And it is this kind of feature, explains Ruddenklau, that could have other applications. It has the potential to be used more widely for ethical goals and customers setting ESG challenges for themselves.

Banks offering such solutions are likely to gain a stickier relationship with the customer. Also, notes McKinsey’s Dietz, the advantage of ESG products is that they enable banks to differentiate. “It is a highly digital and highly commoditised market, and banks are desperately looking for areas of differentiation,” says Dietz. And giving customers the opportunity to do the right thing is one way to do that.

This article is part of a special series GlobalData Media is publishing in the run-up to COP26, which takes place in Glasgow from 1-12 November 2021. Our focus is on the opportunities and challenges for business of the transition to clean energy and net-zero greenhouse gas emissions. Other articles in this series include:

Analyze opportunies within the wealth management market in APAC

GlobalData’s ‘Asia-Pacific Wealth Management: Market Sizing and Opportunities to 2026’ report provides a comprehensive overview of the Asia-Pacific (APAC) wealth management market. The report also provides data and insights on the size of offshore holding of HNW investors in the APAC region.
by GlobalData
Thank you.Please check your email to download the Report.
SUBSCRIBED