Maybank is the biggest winner at the 11th annual RBI Asia Trailblazer Awards.

Specifically, Maybank carry off a record nine awards, including the award for Asia Trailblazer of the year for institutions.

And Emirates NBD is one of a number of multiple award winners, collecting three awards in total.

Over 300 separate entries were received and in all – a record for the event – with 17 banks in the region recognised.

DBS scoop up seven awards ahead of UOB with six and Standard Chartered with five. 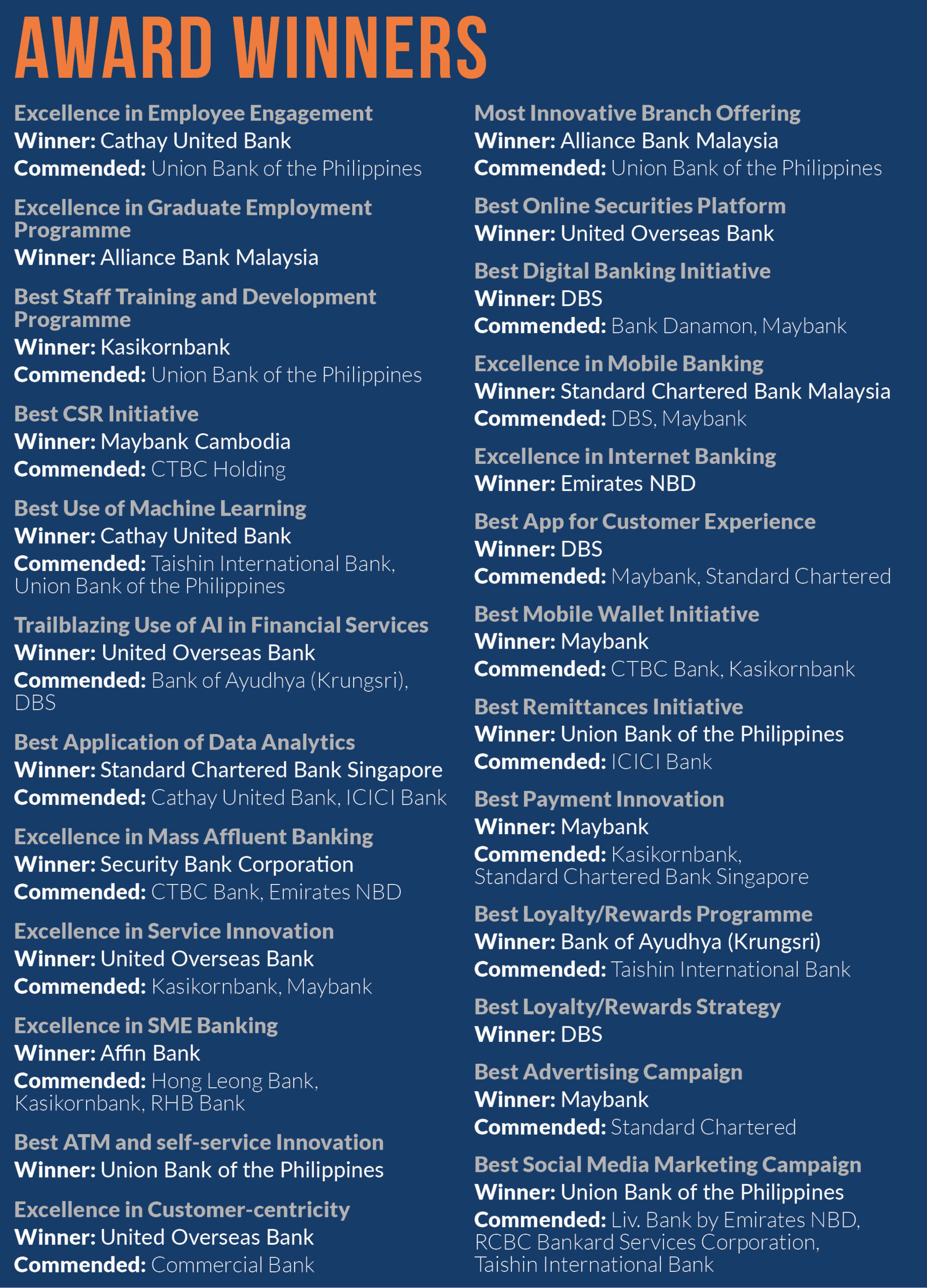 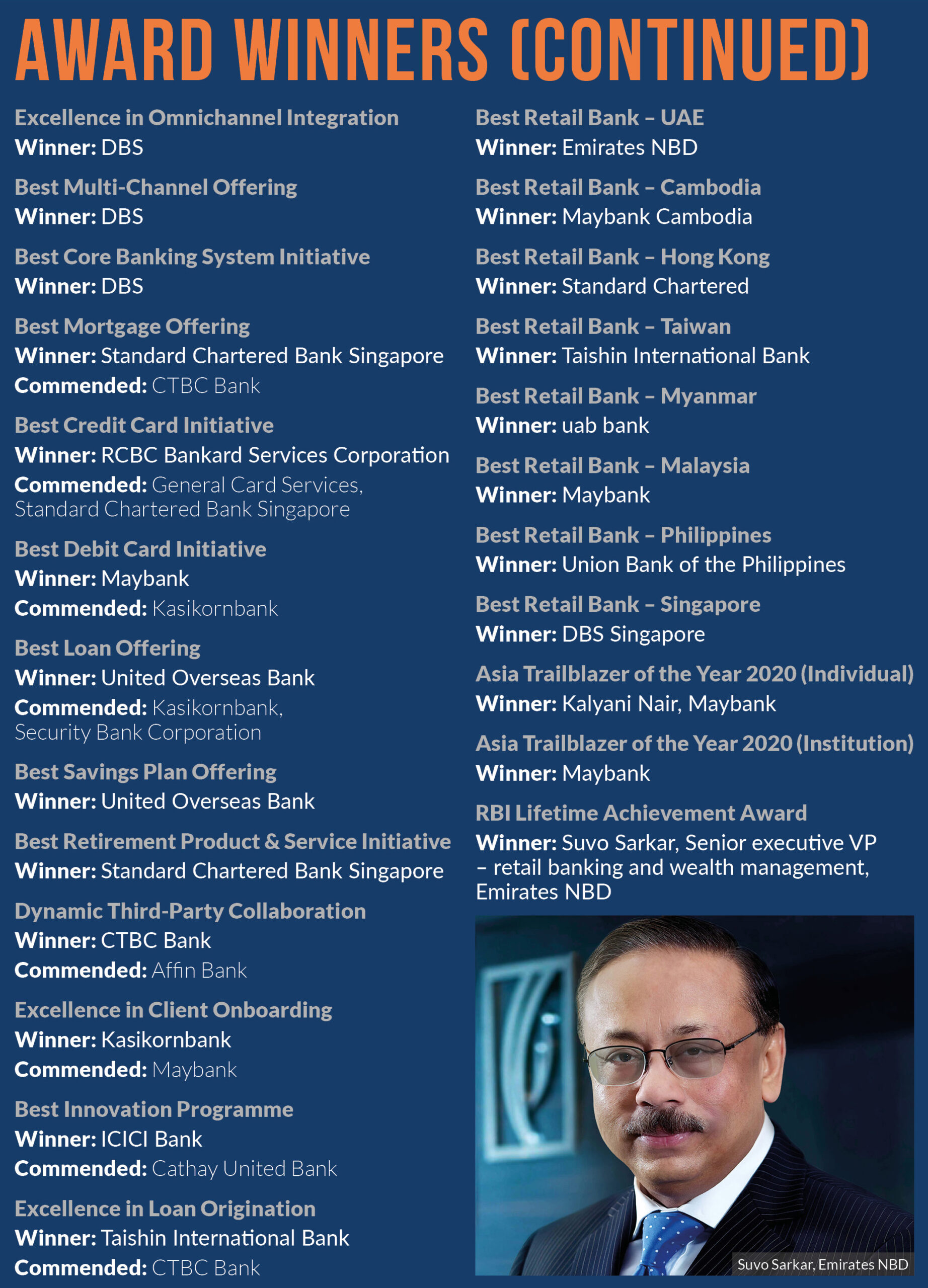