The question all fintech startups are asking themselves is how can they survive and even thrive in the challenging post Covid-19 economy.  Is the answer to bunker down in London or San Francisco or take up the opportunities on offer in younger countries such as those in the Arabian Gulf?

Richard Teng, CEO of the Financial Services Regulatory Authority of Abu Dhabi Global Market, spoke about the opportunities in the region, saying: “As you know, the UAE is really fast moving when it comes to improvement and innovation. Most of the world’s growth in the past two decades around the world has not come from the older stock exchanges – it’s actually come from emerging markets: China, the Middle East (mostly the Arabian Gulf) and South East Asia. So the economy is here now and for the following two decades.” 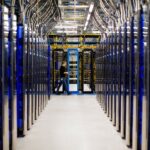 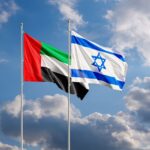 So the smart money seems to be on younger countries. The UAE – in particular, the financially and politically stable capital Abu Dhabi – is increasingly attractive for international companies, and is a magnet for foreign direct investment in the region, which is a positive place for startups to look toward. In addition, the capital city’s tech ecosystem, Hub71, has a driver to help tech entrepreneurs set up shop in Abu Dhabi, and its incentivisation programme offers plenty of rewards for doing so.

John Hensel, who moved his US-based tech startup Seccurency, to the Abu Dhabi Global Market (the capital’s international financial centre), applied to the Hub71 Incentive Program and was successfully admitted as an emergent startup, receiving 50% subsidies on housing, office space in WeWork x Hub71, as well as health insurance for three years, which, Hensel says, allowed them to save and reinvest capital. Seccurency now has 20 full-time employees in Abu Dhabi that has attracted over $26M in funding to-date from investors all over the world.

“Government and industry leaders have established a remarkable set of resources to support startups and SMEs,” he says. “The conditions are incredibly inviting and as a result, attract some of the best new ventures to now call Abu Dhabi home. There are great founders and teams in the UAE to invest in!

And his biggest piece of advice to companies considering making the move to Abu Dhabi?

“Don’t underestimate the opportunity for great returns and impactful outcomes by investing in the UAE.”

The founder of fintech startup Dapi – Mohammad Aziz – agrees with Hensel’s summary. Originally from the home of tech startups, San Francisco, Aziz has established three businesses, with the UAE-based Dapi, founded in 2019, being his third. Dapi is the first financial API in MENA that lets fintech apps leverage open banking by initiating payments and accessing real-time banking data. The young entrepreneur chose Abu Dhabi for its flexibility and passion but mainly, because of the vibrant community of entrepreneurs found in its tech ecosystem, Hub71.

Operating from Abu Dhabi’s Hub71, BitOasis is the region’s first and largest digital asset trading platform and the Jordanian founder, Ola Doudin, has said that: “ADGM was our first choice as a regulator and jurisdiction for our exchange headquarters. BitOasis won’t be able to continue innovating and leading the way in the digital asset space regionally without the right regulatory set up and frameworks that ADGM offers today.”

Doudin adds: “Having a tech ecosystem that is connected to banking and business regulators means that I can get on with growing my business with the full knowledge that there is a robust but flexible regulatory framework, essential for fintech businesses like ours.”

Fintech Abu Dhabi, a financial technology “festival”, is hitting the digital road between August and November, hosting 22 webinars in 22 cities to scout for, and hear from, the founders of the world’s most exciting early stage fintech startups. The very best of these startups will be invited to join the prestigious Fintech100 programme, within the Fintech Abu Dhabi Festival, in November of this year.

But, says Hensel, when travel allows, a scouting trip to Abu Dhabi is well worth it for tech startup owners and foreign investors.

“First and foremost, they need to make a trip to. Not so much to see the amazing architecture and surrounding natural resources, but more so to witness first-hand the energy and entrepreneurial drive present in these communities.”