Companies are increasingly hiring for cloud roles in the retail banking and lending sector, but some parts of the world are proving more attractive than others, writes Michael Goodier

Cloud is an area which has seen rapid growth across a variety of industries in recent years – not least among major banks, central banks, and non-bank competitors companies.

Figures show that the number of new cloud roles being advertised for these companies has increased in recent months – with firms across the industry looking to expand their capabilities.

Jobs
Sunbit: the fast-growing BNPL unicorn carving out a niche for non-discretionary spend 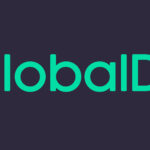 These key themes, which include cloud, are chosen to cover "any issue that keeps a CEO awake at night".

Where are companies hiring for cloud careers in retail banking and lending?

Looking across key major banks, central banks, and non-bank competitors companies tracked by GlobalData, the US is currently seeing the largest number of cloud job advertisements. Last quarter the country saw 6,560 advertisements - up from 4,420 in Q4 2020 and 4,397 in Q3 2020.

Where is seeing the most growth for cloud roles in retail banking and lending?

In terms of cities, firms are increasing cloud hires in Varna - with 40 roles in the latest quarter - up from zero in the previous one.