After Liz Truss’ 44 momentous days as the Prime Minister of the UK, Rishi Sunak looks to be the next PM and the markets are reacting. Patrick Brusnahan speaks to the experts on the upsides and downsides of this political upheaval

The past three weeks have been nothing short of chaos in Westminster. With Rishi Sunak named as the third UK PM in three months, the question now is whether today’s events will mark the beginning of a turn higher for the GBP and markets as confidence returns in the Government’s fiscal plans.

Already, the markets have stabilised on the expectation that Sunak may be able to restore the UK’s finances. Before today’s announcement, the pound rallied higher at $1.13 on Monday morning as Boris Johnson exited the leadership contest, while the FTSE 100 started the day with a 0.5% boost, bringing it above the 7,000-point mark for the first time in a week. This renewed confidence means that investors are now pricing in a slightly less hawkish hike from the Bank of England, just under 5%, lower than the 6% expected in the aftermath of the Government’s disastrous mini-budget. Ultimately, this could mean cheaper mortgage repayments for homeowners.

However Sunak’s premiership unfolds, there are likely to be more difficult times ahead for the UK economy as it grapples its way out of a worsening downturn and even the prospect of a general election – upheaval which could derail the markets further. 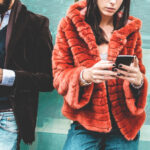 That said, there is one aspect of help for the GBP that is often overlooked. On the other side of the Atlantic, a slowdown in Federal Reserve policy would likely help lift the GBP as much, if even not more, than UK fiscal policy.

An incredible amount of chaos has ensued in the six weeks since Rishi Sunak’s failed first attempt to become Prime Minister. Now, he has the chance to prove himself – in the biggest way possible – by extinguishing the fires set alight during Truss’ 45-day reign of market crashes and embarrassing U-turns.

Market stability will be a priority. Sunak’s first leadership campaign was led on a promise of fiscally conservative policies, which has already pleased the markets and given the pound a boost. However, it’s also crucial that the new PM focuses on immediate reassurances for Britons struggling to stay afloat amid a soaring cost-of-living crisis. Confirming his stance on key policies such as the triple lock, or benefits cuts, would be a step in the right direction.

Sunak will be keen to hit the ground running and deliver on his previous promises of fiscal responsibility. However, he must balance this with the appropriate support, if he is to restore the public’s confidence in their financial futures, and indeed Tory economic policy. Only time will tell if this will be the case.

The arrival of Rishi Sunak into Number 10 is an incredible moment for British diversity. He enters as the first person of colour to become Prime Minister of the UK. Unfortunately, he also enters six weeks too late.

In the summer, Sunak lost because he sold a tougher, more economically responsible, future to the nation. The near self-inflicted collapse of the British economy means that that future could be even graver. Within this rigid framework, Sunak must find room to support families.

The impact of rising energy prices is affecting every corner of the country. We have seen reports of the most vulnerable no longer being able to afford to take the bus to work or enjoy the luxury of a kettle. Modern Britain is becoming numb to such bleak tales. Sunak must reinstate compassion at the heart of government and develop a support package with long-term aspirations.

Gone are the days when Rishi Sunak was prepared to open the government coffers up to see the UK through a crisis. The pandemic spending spree is well and truly over and the former Chancellor will take the top job in the guise of a strict and austere headteacher.

He will be determined not to see the bond market run amok again, threatening the country’s financial stability. He will be revelling in the fact that his curriculum of higher taxes and curtailed spending, which he preached on the campaign trail, is already being followed. However, it’s likely he will take an even harder line now on government budgets, given the punishment threatened to be handed out again comes in the form of much higher government borrowing costs. He will also want to show he is co-operating with the Bank of England by being ultra conservative fiscally in a bid to tame high inflation.

Ties of loyalty to Boris Johnson still run deep though, and Rishi Sunak will find it hard to shake the traitor tag attached at the time of Johnson’s downfall. Garnering support across a divided party for highly unpopular spending cuts will be a hard task. He is likely to stay highly reliant on the hard Brexit wing of the party for support, which is likely to mean that hopes of a softening approach in talk with the EU on trade are likely to be wishful thinking.

Rishi Sunak is set to stay a Brexiteer through and through and is also expected to continue to take a hard line on immigration, despite the struggles of businesses grappling with intense labour shortages. However, there may well be more progress with an Indian free trade agreement, which was put on ice, following a row over student visas. It’s likely he will push hard for a breakthrough, given the dearth of any positive news on the trade front for the UK.

He is also set to style himself as a tech evangelist Prime Minister, given this record in funding tech start-ups while at the Treasury. With his experience as a hedge fund manager and the time he’s spent in California, right in the heart of the big tech industry, he will be expected to give a rocket boost to home grown tech talent. This will be no quick fix though, and new tech listings are likely to still be few and far between in the UK given the risk premium still attached to UK assets.

The selection of Rishi Sunak as UK PM is probably the best news financial services innovators and markets could hope for.

Sunak is a pragmatist who understands how financial services operate. His experience as a banker taught him that most financial products are priced on an expectation of what is going to happen next. If that is unclear then everything contracts.

Sunak’s perspective is clear – the economy needs stability to grow. This is done in two ways: firstly, society needs to feel (relatively) safe by making sure that some kind of financial stability is offered to all segments, including the less affluent. We all know that this will mean increased spending and that this will need to be funded by higher taxes. This is going to be OK in the short term.

Secondly, the markets need to believe that once the current economic emergency is over, we will have the right framework in place to grow. So we can expect the increased tax burden to be counterbalanced by measures that will stimulate the economy. My bet is that we will also see a more positive attitude towards innovation. Earlier this year Sunak suggested that the UK will introduce “a world-leading regulatory regime for stablecoins” and he has often stated that the UK is and should remain a global FinTech hub. This is good news for innovators. It is also likely that we will also see a more rational and less dogmatic approach in dealing with our most important trade partner – the EU – which would do a lot to address issues in Northern Ireland and Scotland.

Before Brexit, a UK minister stated that “people in this country have had enough of experts”. In the last seven weeks we all saw what experts are good at – stability. Compared to most of his predecessors, Sunak is an expert: one we all need to help the UK economy to weather the current financial crisis.

The further we kick the can down the road, the more expensive the energy transition will become. That’s because credible, actionable plans now mean there’s less chance of a harsh carbon tax to speed the transition in the future. A survey by Npower shows energy is the top concern for 77% of UK businesses. When asked how they’ll manage this risk, their top answer was through energy efficiency.

Notably, although they still believe in net zero, 93% were worried about funding this transition. This shows the cost to achieve net zero is only increasing.

Households are also caught between trying to lower their bills and doing what’s best for the planet. Efficiency is one way to hit both of these targets. Better insulated homes could shave £1,000 off energy bills, and government support – like the boiler upgrade scheme – would make it easier for households to access. It’s also something Rishi Sunak highlighted as a key tenet in the UK’s transition to net zero while campaigning last summer.

Renewables are another pillar in the transition toward net zero—but increasing their share in the energy mix doesn’t mean turning the oil taps off suddenly. Instead a more gradual transition is likely as investment in the technology helps to improve reliability.

Cutting energy bills and improving energy security will certainly be at the top of his list of priorities and investment in renewables should be part of that plan. However, what that will look like is unclear. The PM Rishi Sunak has said in the past on markets he’s unwilling to relax strict planning laws that make it difficult to develop onshore wind projects, preferring instead to invest in offshore wind power generation. It’s also possible he could rethink the energy price cap to encourage investment in renewable generation.