As 2017 draws to a close, UK branch closures announced for the year to date total almost 1,100 and counting, with RBS Group accounting for more than 500 of the closures.

Of the major UK-banking brands, NatWest has been the most aggressive branch closer with 403 outlets slated to close: NatWest ended 2016 with 1.058 outlets in England and Wales. It will enter 2018 with 655 branches saved from the axe.

Sister brand Royal Bank of Scotland ended 2016 with 193 branches in Scotland; the latest closures mean that it will shrink to a mere 89 Scottish branches, a net reduction on the year of 104units.

Inevitably, there will be speculation that in early 2018 a further wave of LBG brand branch closures will result across all of its three brands.

Similarly, speculation is inevitable that RBS will announce a major round of closures of its 300-strong RBS-branded branches located in England.

By brand, Barclays remains the largest bank by branches; it ended 2016 with 1,309 and ends this year with a modest net reduction of 72 units to 1,237 outlets – again further significant closures at Barclays is a safe 2018 forecast.

The only other notable net reduction in numbers is at HSBC, down a net 123 units on the year, reducing from 748 to 625 branches.

TSB has inched down by 29 net units during 2017 to end the year with 559 units; TSB insiders have spoken privately of its network settling down in the medium to long term in the 300-400 branches range. 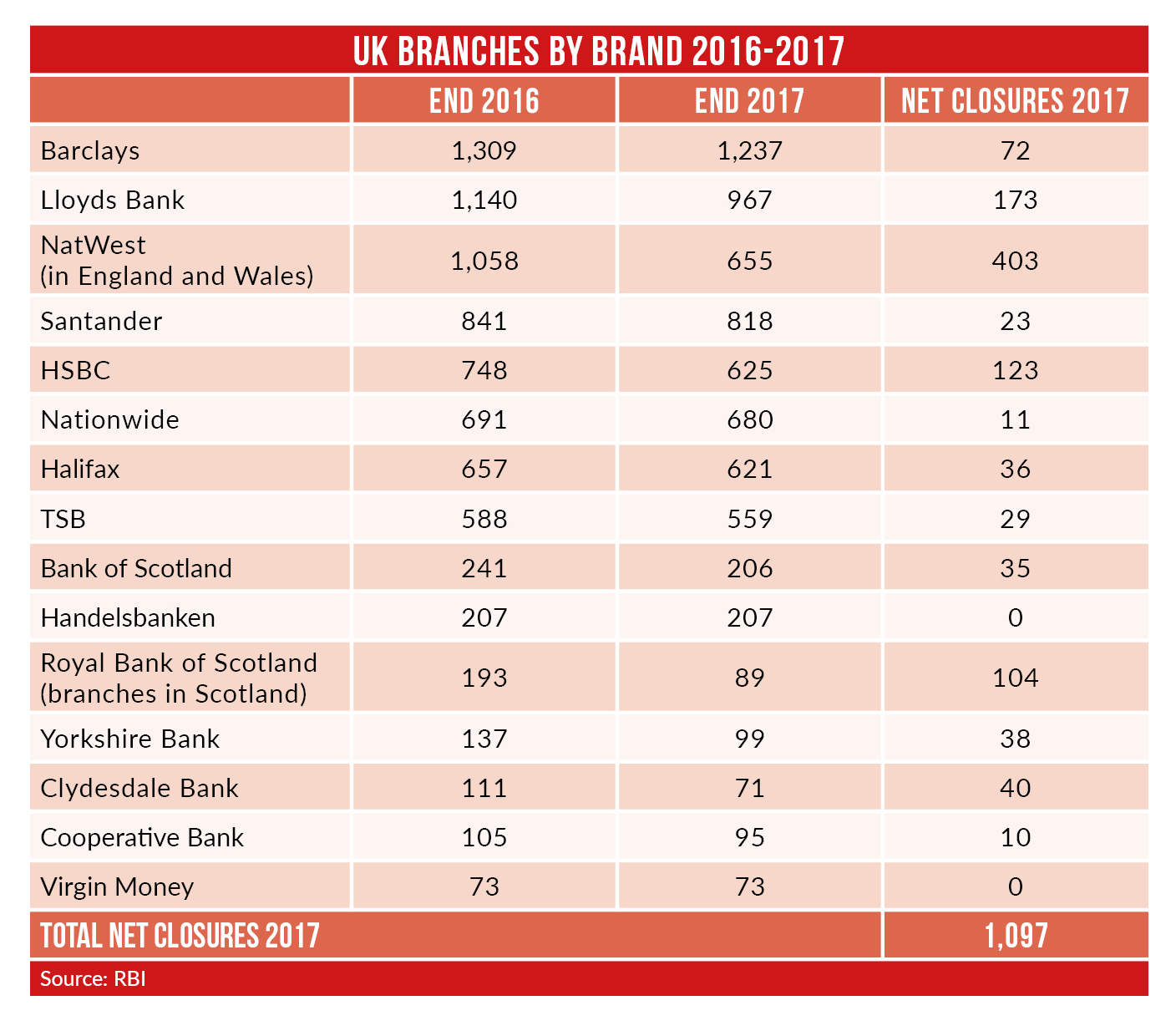