The federal stance on marijuana as a controlled substance and lack of regulatory guidance have left US banks in a limbo. Mohamed Dabo report on a court case that sheds light on the place of cannabis on the fringes of the mainstream banking system.

The Manhattan federal court convicted two men this week of devising a scheme to dupe banks into approving around $160m of marijuana-related transactions.

The verdict could have profound consequences for the US marijuana industry.

The court agreed with the prosecution that the convicted men—Los Angeles businessman Hamid “Ray” Akhavan and German e-commerce consultant Ruben Weigand —devised a sophisticated fraud that brought US banks into the marijuana business.

In a notable shift from typical drug-related cases, Manhattan federal prosecutors in this case haven’t focused on the drugs themselves, which were sold in states where marijuana is legal under state law.

There was, however, an alleged subterfuge in the banking transactions behind them.

While the purchase and sale of marijuana for personal use has been decriminalised in many states, it remains illegal under federal law.

The alleged victims are some of the biggest names in banking

The marijuana purchases in question were legal under state law in Oregon and California. But most banks shy away from the marijuana industry, citing policies against federally illegal activities.

Banks have policies against processing the sale of cannabis, leaving the businesses reliant on cash or private mobile-payment processors.

Prosecutors said the banks were unwitting victims. The alleged victim banks include Bank of America, Citibank, and Wells Fargo, Mr. Burck said in his opening statement.

Defence lawyers for the two men say the banks knew their cardholders were buying drugs and tacitly approved it, turning a blind eye to profitable but unsavoury transactions.

Akhavan and Weigand were working as consultants to Eaze Technologies, the country’s largest online marijuana marketplace, where customers can buy marijuana for delivery from a network of dispensaries.

A former Eaze chief executive pleaded guilty to bank-fraud conspiracy in the case and testified at trial as a cooperating witness.

Several other Eaze employees also testified for the government. Eaze, which wasn’t charged, cooperated with the federal investigation.

Prosecutors accused Akhavan and Weigand of executing the transaction along with some 140 co-conspirators, including former credit-card executives, bank insiders and Eaze executives.

Two of those co-conspirators testified at trial, having pleaded guilty to their role in the scheme.

Oliver Hargreaves, who had recorded conversations as a cooperating witness for prosecutors, testified that he built elaborate phony companies and submitted applications to European banks. 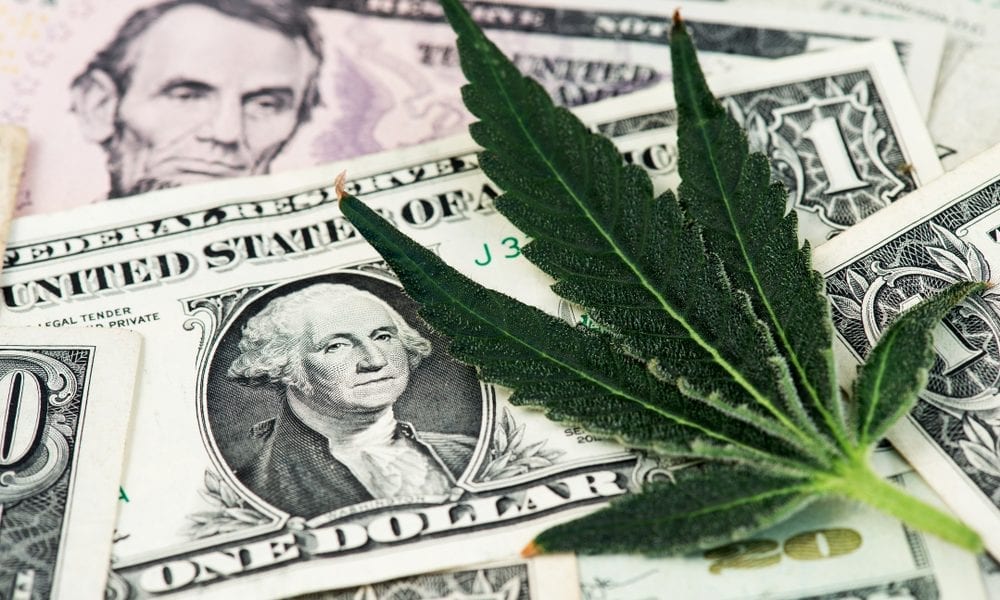 Disgraced payments firm Wirecard was implicated but not charged

Mr. Hargreaves, who lives in the UK., said Wirecard helped facilitate the bank accounts in Europe.

Wirecard wasn’t charged; the company is in the midst of bankruptcy after allegations of accounting irregularities caused it to collapse.

The men disguised the purchase of cannabis products through shell companies, false merchant codes, and payment processing companies. They were helped by the defunct German payment giant Wirecard, according to trial testimony.

They are set to be sentenced in June. Burck, the lawyer for Mr. Akhavan, said they would challenge the verdict.

“We are of course disappointed in the verdict,” Mr. Burck said. “Our client’s core defence was that the banks were, and remain, complicit in the processing of marijuana purchases by credit and debit cards. We believe the evidence supported that defence and hope to have the verdict overturned.”

Eaze’s former CEO, James Patterson, testified at trial that Mr. Akhavan threatened him when he looked for other payment processors. Mr. Patterson pleaded guilty to one count of bank-fraud conspiracy before the trial began on 1 March.

The trial could offer insight into financial-technology companies and their role in online commerce, particularly as middlemen in gray-market areas such as marijuana, gambling, and pornography.

The Justice Department had been examining whether now-insolvent German payment company Wirecard AG played a role in the alleged bank-fraud conspiracy.

The U.S. cannabis industry has been gaining momentum, industry analysts say. In 2019, by industry estimates, sales of legal adult-use cannabis and medical marijuana approached $13bn, and analysts have recently valued the industry at around $60bn.

Waiting to be a cannabis bank

For the moment, most banks continue ogle the lucrative business of Marijuana from afar, careful not step into a hornet’s nest.

US banks are heavily regulated by the federal government, and cannabis remains illegal federally.

So, banks are subject to regulatory scrutiny and potential fines not only for engaging with cannabis firms but also if they fail to properly report on these engagements.

Many banks remain wary of potential legal liability should the federal government reverse course—a real possibility in this unsettled business—and crack down on state-licensed marijuana businesses.

Without guidance from the Fed Board of Governors (the politically appointed arm of the federal government that oversees the fed regional banks), the jury is still out on what could happen as state-licensed cannabis spreads to new states that are under the jurisdiction of different Fed regional banks.

In the politically charged atmosphere now prevailing in Washington, they could be waiting for a long time.