Technological development and an increasingly interdependent global stage have paved the way for innovation in most aspects of daily life. This past decade has seen this innovation encroach on the historically change-resistant banking industry. As a result, payments are now the easiest they have ever been. Eastern Europe with internet banking is a prime example.

As the world moves towards more convenient and efficient personal banking solutions, some regions have been faster to embrace online and mobile banking than others. Countries like China are at the top of all adoption surveys, Scandinavia is fast approaching a cashless society, and UK consumers are increasingly using personal devices or cards for merchant payments. 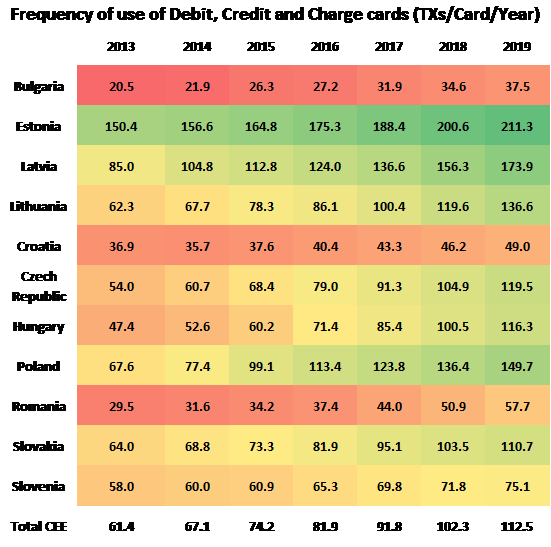 However, with internet banking, Eastern Europe has seen a mixture of abrupt adoption and very low penetration.

Still bearing the scars of the Soviet era, the region is trying to catch up to its Western neighbours with mixed results. In the case of personal online banking, there seem to be three major trends:

Although banking in general is lagging behind in the Central and Eastern Europe (CEE) region, when adoption happens it tends to happen quite fast. Many signs point towards an impending wave of online and mobile banking adoption by consumers. Specifically, internet banking adoption in Romania and Bulgaria has increased by 126% and 100% respectively for 2019 compared to 2013. 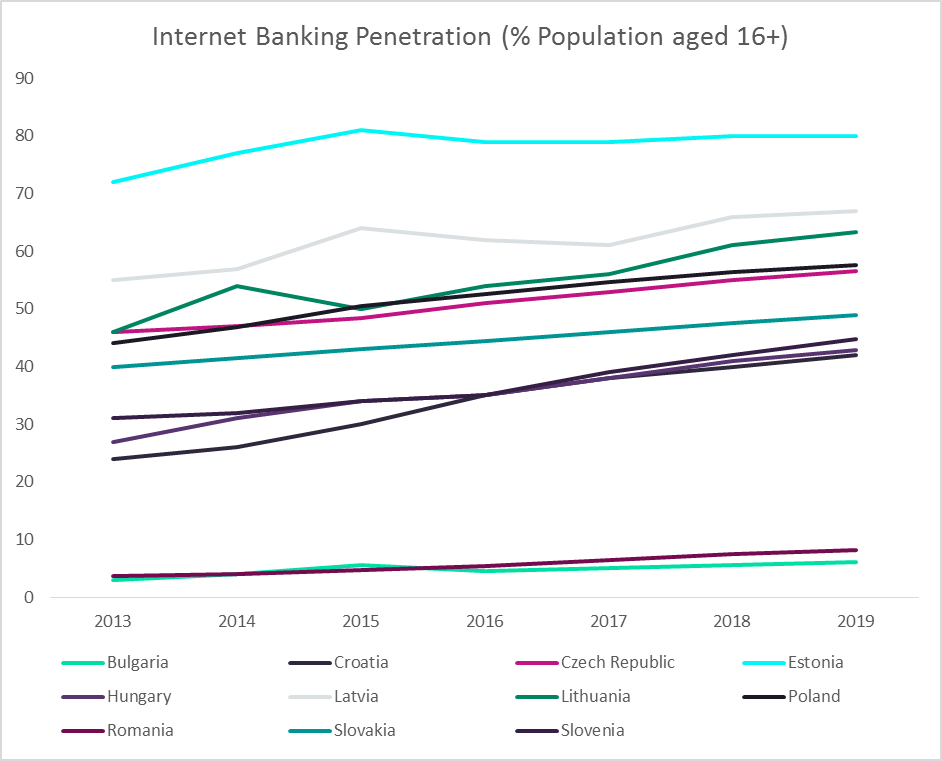 One good explanation for the shortcomings of the two Eastern neighbours is the generally low level of banking services adoption overall compared to the region as a whole. Internet banking services aside, the frequency of use of cards for various payments is increasing at quite an aggressive rate. In the CEE region there is an average of twice as many transactions per card annually in 2019 compared to 2013.

Eastern Europe has a lot more potential to grow. The model to aspire to for the region is the Baltic States. Estonia in particular has a reputation for fast and widespread internet banking adoption. With more and more developments in the industry – including Monzo and Revolut focusing on the CEE area and ING going completely branchless in Romania – the average consumer will only get more comfortable adapting to future technology.

US Cards And Payments: Opportunities And Risks To 2023 (including Banking And Payments Survey Insights)

Fintech: The top trending companies on Twitter in Q3 2021

Google scraps Plex current accounts within a year of launch