In recent years, technology has enjoyed increased usage in the banking sector. This has resulted in a plethora of personal financial management (PFM) tools being made available to individuals so they can understand their financial situation better and make better choices. Biometrics in Asia Pacific is one such example.

GlobalData’s 2019 Banking and Payments Survey revealed that replacing passwords with biometric security would be the most useful PFM tool for Asia Pacific users. This function, which is already seen with the likes of Apple’s Face ID and Touch ID, was the top-ranked PFM in China and the second highest in Malaysia, Vietnam, and Hong Kong. The survey also showed that 72% of millennials would choose security and privacy over convenience and speed, but biometrics could prove particularly popular in Asia Pacific given that it offers both.

The second-most favourable PFM was the ability to set rules that trigger automatic money transfers between accounts when met. This could be as simple as automatically putting aside 10% of a monthly wage after each pay day, or could be something more complicated and incentivising like moving $10 into savings after every visit to the gym. This feature was the most popular in Malaysia but it could only manage fifth highest in Hong Kong. This could be driven by the fact that the proportion of Malaysians looking to save for the future rather than live well now was 10 percentage points higher than in Hong Kong.

Third on the list of sought-after PFM tools was account aggregation, which allows users to view all of their bank accounts in one place. This was the most popular PFM tool in Singapore and Indonesia yet was as low as eighth in China. This could be due to a large number of users having the same provider for their products, such as the 74% of millennials who bank with ICBC and choose to stick with the company when taking out a loan. Therefore, these users can already see all of their banking information in one place and this explains the lack of interest in the country. 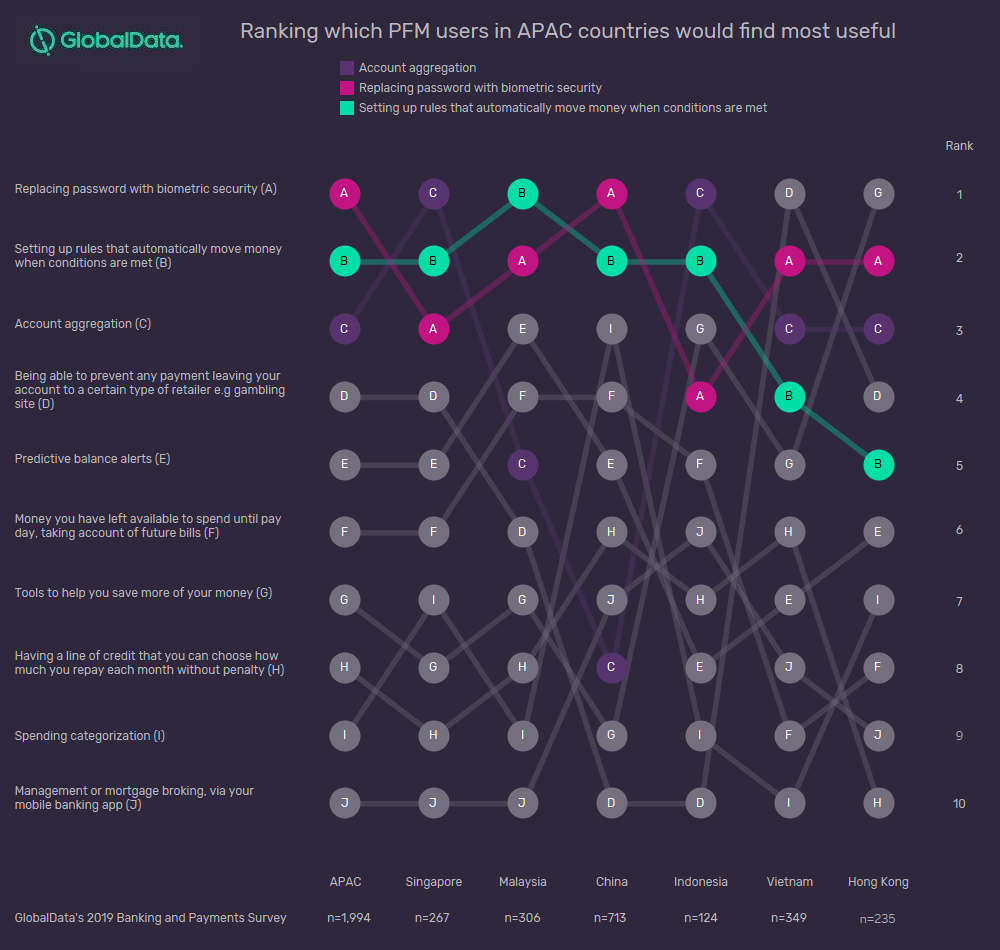 The UK should prepare for a revival of ‘small banks’

Why are banks favouring wealth management over retail?

Covid-19 has increased the adoption of online banking