As the COVID-19 crisis threatens to spread throughout the world, forcing all major governments to act, banks will feel the most pain in riskier markets with poor fundamentals facing economic disruption.

With banks re-adjusting their business models to quarantine conditions, they face the prospect of dealing with customers unable to pay back debt in markets previously considered safe.

European markets remain the most likely to face the greatest disruption in the banking sector. For example, Spain and Italy suffer not only from high numbers of virus cases and economic disruption but also a high proportion of self-employed individuals who also hold mortgages and personal loans. This combination of factors could easily lead to a rush to withdraw savings at the same time as pleas for loan extensions and defaults – a nasty combination for already troubled banks in those markets. 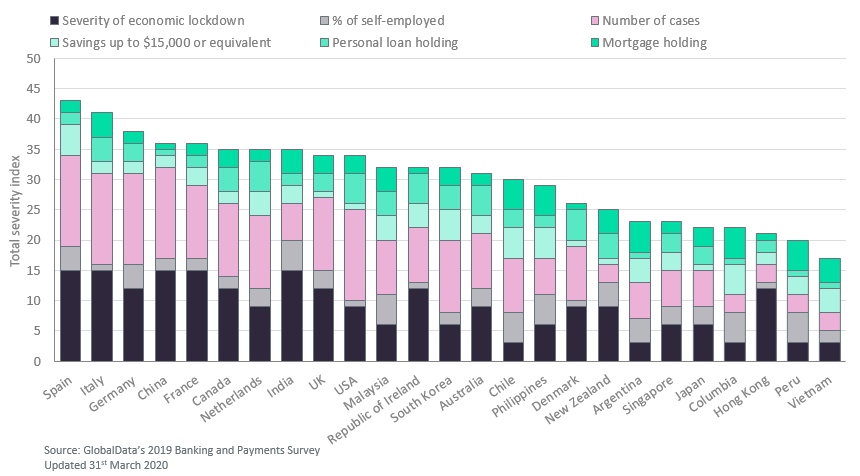 However, as the virus spreads, other former star banking markets such as India, Canada, and the US could face long-term disruption from the crisis. All three countries have recently stepped up lockdown measures, creating the same fall in economic conditions as seen as in China and Europe.

Banks in India could be particularly badly affected, with the government taking harsh measures to enforce the new quarantine, including arresting thousands for trying to leave the cities. This combined with a high proportion of self-employed workers, especially family businesses, who also own mortgage debt could lead to large losses for the largely state-owned Indian banking market.