Japan’s digital challenger Minna Bank only fully launched in May 2021 but aims is to achieve 1.2 million customer accounts, JPY220 billion in deposits, and JPY80bn in consumer loan balances and profitability by the end of 2023. As Douglas Blakey reports, it is well on the way towards hitting its goals

The heavily regulated Japanese market is one of the toughest for neobanks to crack but Minna Bank, a new standalone subsidiary of the Fukuoka Financial Group aimed at digital natives is one of the global retail banking hits of 2021.

Established as recently as January 2021 and only going live in May, Minna Bank is blazing a trail for its pioneering use of the cloud, optimisation of the customer experience and carefully crafted segmentation strategy.

Specifically, it is the first Japanese bank to apply electronic know your customer to account opening 24/7, 365 days a year, with customers able to scan their driving licence or other photo ID and later confirm their identity by video. 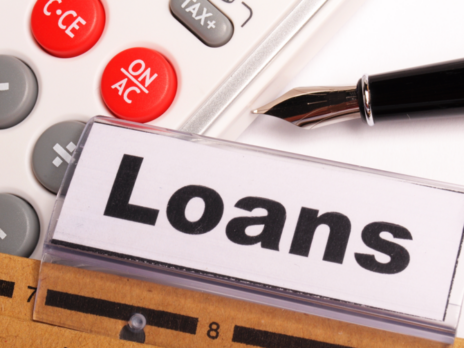 And in its first year of operation, Minna Bank is attracting recognition far beyond its domestic Japanese market.

Japan’s digital natives currently comprise one- third of the working-age population and will double to more than 60% by 2030. But over 80% of Japanese consumers say that their banking experiences are inferior to that of other industries, so FFG decided to test the potential for a neobank digital challenger by setting up Minna Bank.

Kenichi Nagayoshi, the founder of iBank Marketing and Director and Vice President of Minna Bank adds: “Our mission was to create innovative financial services, which is why we launched iBank Marketing to develop simple financial functions and digital marketing with data and analytics at its core. Our core product app, Wallet+, has been downloaded more than 1.6 million times. We thought it was time to create a new platform for financial services now that the game is changing.”

The aim of Minna is to blend with the lives of digitally-native customers for all their financial and non-financial needs and to deliver a Banking-as-a-Service (BaaS) model, which is embedded into their consumer and social lives allowing easy connections to shop or app partners, via the use of APIs. Great customer experiences, frictionless transactions and personalised data-driven 24×7 services is the aim for purchases, credit, loyalty programmes, wealth management and everyday banking.

FFG also wanted to counter newcomer fintech disruptors that are targeting the marketplace, protect its existing Kyushu local base, and to grow easily nationwide without branches, legacy IT, or expensive infrastructure.

Early signs are promising with Minna recording 200,000 downloads of its smartphone app and opening 100,000 new accounts in the first two months after its May 2021 launch.

The initial offering spans current and savings accounts, cash withdrawals and deposits via smartphone, a virtual debit card and account-to-account transfers. Working with the MoneyForward Japanese fintech, customers are also able to see their aggregated account activity across multiple banks in one place. For premium service clients, there are interest-free credit lines and 1% cashback for debit card usage.

There is a mobile wallet, with deposit or withdrawal cash transfers via a QR code. A ‘box’ function lets customers assign savings to particular goals, and spending records can be organised via hashtags. In future, other services will be added including sophisticated lending and wealth management products and more data-driven customer insights.

Minna Bank’s core banking system, delivered on a microservices architecture, was developed in partnership with Accenture. But the bank says that it retains the source code and development expertise in-house for the future, thereby avoiding vendor lock-in and the unnecessary branch-based functionality of traditional providers. Automated operation and a flexible API architecture were priorities, as was cloud-based operational IT. Google Cloud was the system deployed. Each service application was developed with a Google Kubernetes Engine on top of it. This provides a managed environment for deploying, running, and scaling containerised applications using Google infrastructure.

For other services and hosting capabilities, Minna took a multi-cloud approach leveraging Amazon Web Services, Azure, and Oracle. All data is stored in Japan. The project was implemented in about 20 months, with a peak of 400 members and a total man-hour commitment of 6,500 months.