The proportion of Brazilians using digital banking has soared in recent years but wireless technology infrastructure challenges remain an obstacle to the full operation of mobile banking in remote regions. Maryrose Fison reports 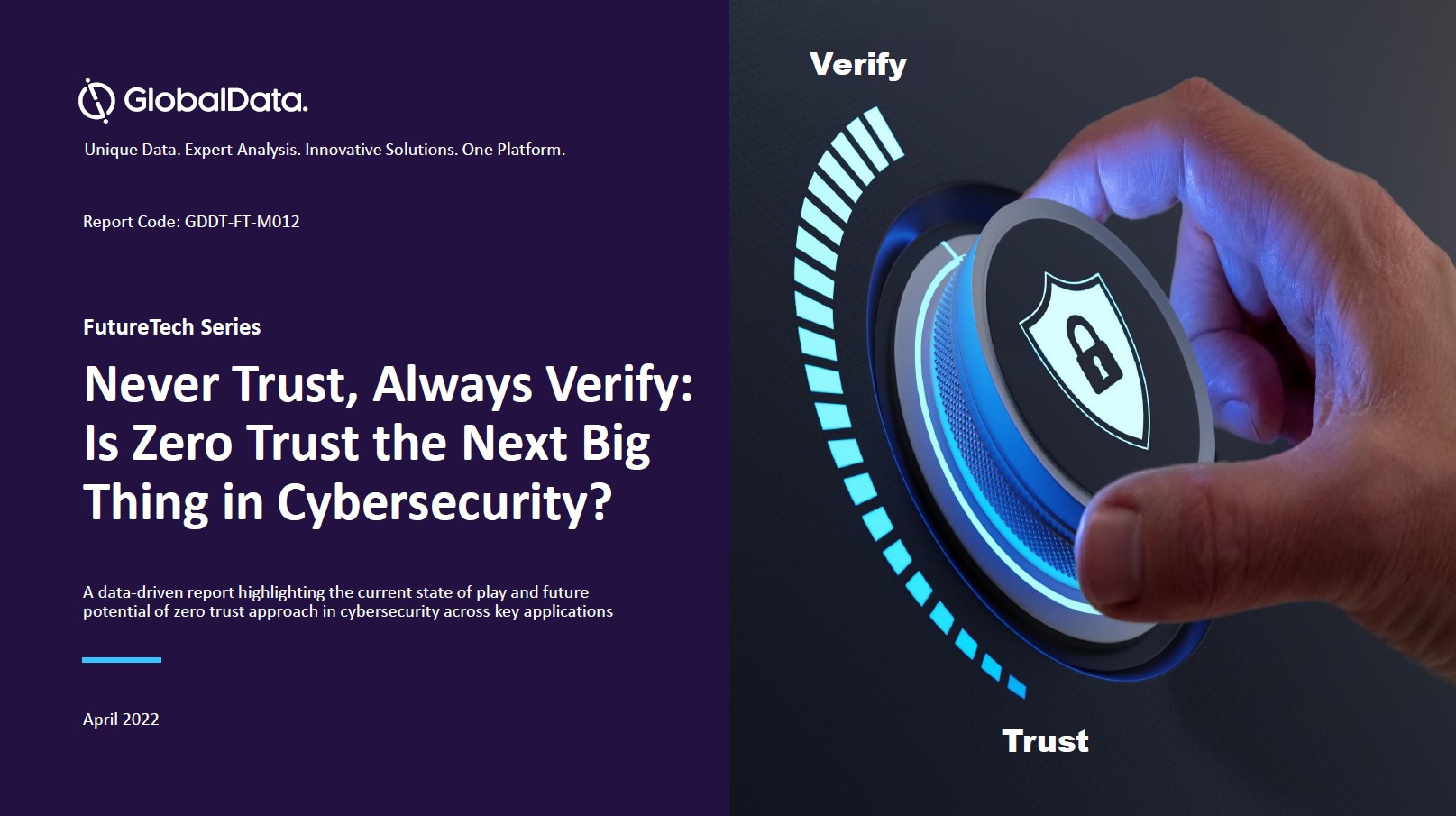 Thank you.Please check your email to download the Whitepaper.

In the world’s seventh largest economy, home to a population of 200 million, Brazil’s retail banks have long led the charge in establishing internet-accessible services for their tech-savvy customers.

With half of its population aged under 30, more than 100 million unique mobile phone subscribers and social media participation rates amongst the highest in the world, Brazil has also become a poster-child for innovation.

In spite of a marked slowdown in economic growth during recent years, structural transformation and sustained government welfare initiatives have resulted in a measurable increase in personal wealth levels.

In line with the increase in the upper middle class bracket and rapid uptake of mobile technology, digital banking has seen a marked increase both in the variety of offerings and in the volume of customers performing banking transactions outside of traditional branch networks.

Banco Bradesco now has more than 560 products and services which are available to its customers at any time of the day or night. This includes services enabling customers to transfer money between accounts, check their balance, apply for loans, buy and sell shares, order cheque books and even pay taxes.

With the Banco Bradesco Celular Service, the bank has developed apps such as "Bar Code Reader" which enable customers to pay gas, electricity and water bills by scanning a copy of the bar code detailed on their bill invoices.

Digital banking transactions climb
Cavalcanti said the use of such digital channels has "grown exponentially" in recent years.

"Digital channels have switched from being the alternatives to the preferred means and are being increasingly used by customers," he said.

Statistics charting customer service trends are testament to this. The volume of Banco Bradesco Celular mobile transactions jumped by 128% in 2013 compared with 2012, and the average number of daily transactions made through the channel amounted to four million in the month of May 2014.

In June 2014, Cavalcanti said the bank registered a new record for the volume of cell phone transactions, with more than 6.2 million made in a single day.

Services were not limited to laptop computers or the telephone. The bank launched its first apps for the iPhone in 2008 and for the iPad in 2010. Since then, its products aimed at mobile phones have multiplied and it currently has apps for operating systems ranging from iOS to Android, Windows Phone and BlackBerry.

Continuous innovation coupled with partnerships with telecommunications operators have underpinned some of the bank’s most recent offerings. Earlier this year, it launched Acesso Gratuito Banco Bradesco Celular, an arrangement whereby customers who accessed their Banco Bradesco account by mobile phone would not pay for the internet plan services of the operator to which they were subscribed.

The goal of this project, Cavalcanti said, is to "make access to the bank more democratic through the channel that has expanded most in recent years."

Going forwards, he said that the bank plans to expand its pilot project for a cheque deposit service via smartphone which is currently available in the Banco Bradesco digital branches. Using this service, the bank’s customers are able to take a photo of a cheque using the camera on their mobile phone and then see the amount appear in their account automatically, eradicating the time needed to physically cash a cheque in a branch.

At the end of 2011, just five banks controlled approximately 77% of assets and 80% of the balance of deposits, according to a report published by Banco Central do Brasil in November 2012.

The high concentration of the market is partially a result of two recent banking crises. The first, which occurred in 1999, followed the effects of a currency stabilisation strategy which was designed to bring soaring inflation down in 1994. The second followed the more recent global financial crisis in 2008.

"Banks in Brazil have a custom of jointly developing solutions and changing the market. In Brazil retail banking has seen so many innovations because of the custom of sharing in the development of new solutions."

Rather than eroding competitive advantage, the sharing of information has helped to accelerate mobile banking and take digital services to a higher level for customers more quickly.

Mobile banking regulation passes
In May 2012, the Central Bank issued a bill outlining a regulatory framework for mobile payments. It carved out a route for partnerships between the nation’s key banks and telecommunications operators and was later enshrined in law in August 2013. Since the bill was announced, Banco Bradesco has formed a partnership with telecommunications provider Claro and announced plans for a mobile wallet. Banco do Brasil also partnered with a telecommunications provider, Oi, to launch a mobile wallet and Caixa Bank has formed an agreement with operator Tim paving the way for further mobile payment possibilities.

While collaboration between tech companies takes shape, Matsubuyashi says that unlike in some Asian countries, where mobile banking solutions have tended to be driven more by technology companies, in Brazil it is the banking institutions which are pushing forward with innovations.

"There are some countries where the mobile solutions are more telecom driven. In Brazil, it will be more banking driven because of the power of the banks in Brazil."

4G coverage not fully deployed
While uptake of digital banking has accelerated in recent years, a lack of ultra-high speed broadband internet across the whole of the country has hampered growth potential among unbanked inhabitants living in the nation’s scattered rural regions.

Access to the super-fast broadband service 4G was auctioned to Brazilian telecommunications companies in 2012, however due to the very high frequency available, 2,500 Mhz, full deployment has been hindered due to issues of cost-efficiency and economies of scale.

As a result the vast majority of banking consumers using mobile phones still have to rely on the more sluggish 3G version which remains the highest standard in many parts of the country.

According to data compiled by Brazil-based telecommunications company Teleco, only 37.2% of the population had access to 4G networks in March 2014 compared to 91.5% who have access to 3G.

Pierre Barrial, president of Oberthur Technologies for Latin America, told RBI that the need for greater 4G coverage by banks related to security as well as speed and ease of use.

"Banks need to have bandwidth to roll out their services or applications using a 4G network because it is based on an IP connection and it is more secure, confident and faster in comparison with 3G," he said. "The maximum speed for 3G is 42Mbps when the 4G can reach 1Gbps".

All this is likely to change relatively soon however, signalling big opportunities for banks. Telecomms operator Anatel is expected to secure a tender for the more cost-efficient frequency 700 Mhz in 2016 and timelines have already been set for more comprehensive deployment of 4G across the country in the coming three years.

By December 2015, all cities with more than 200,000 inhabitants – representing 44.6% of Brazil’s population- are expected to have access to 4G coverage.

This bodes well for banks as the cost of gaining new customers via mobile banking remains far below that of setting up physical branches to cover a region 80% of the size of Europe.

"In a country where one fourth of the population has no bank account or cannot easily go to a branch, digital banking is the solution," Barrial said.

"It also makes the banks more competitive by capturing new customers with a limited sales effort and cost and managing additional flows. Statistics show that last year internet banking transactions grew by 25% while on-site ones decreased by 5%."

He added that new devices such as smartphones and tablets were spreading rapidly, creating entry points to digital banking in a faster, less expensive way than any bank could develop its network of branches.

"Thanks to their advanced technology they are the way to get access to new services and to ensure security, one of the must haves of mobile banking," he added.

Near field communication (NFC) technology, as well as Secured Element, offer additional means of turning tablets and smartphones into a mode of payment. Barrial said the devices could become like a virtual payment card or a point of sale (POS) system, enabling users to have the same experience they would in a physical shop.

"Developing such tablets and smartphones would become a real alternative to pay or to get paid," he explained. "These devices will gather a lot of transactions allowing the final customers to get more freedom and mobility when the bank will be able to invest in services rather than in facilities such as branches and Automatic Teller Machines (ATMs)."

While the precise size of the unbanked population in Brazil remains unknown, the continuing deployment of 4G broadband and retail bank collaborations both with one another and with technology providers represent clear positive steps forward.

And as digital banking reaches its full potential, greater numbers of Brazilians will be able to tap into wealth generating and sustaining services offered whilst the financial industry continues to support the growing economy of one of the biggest powerhouses in Latin America.

Russia: Falling Voice Revenue and Macroeconomic Uncertainty to Slow the Growth of the Telecom Market